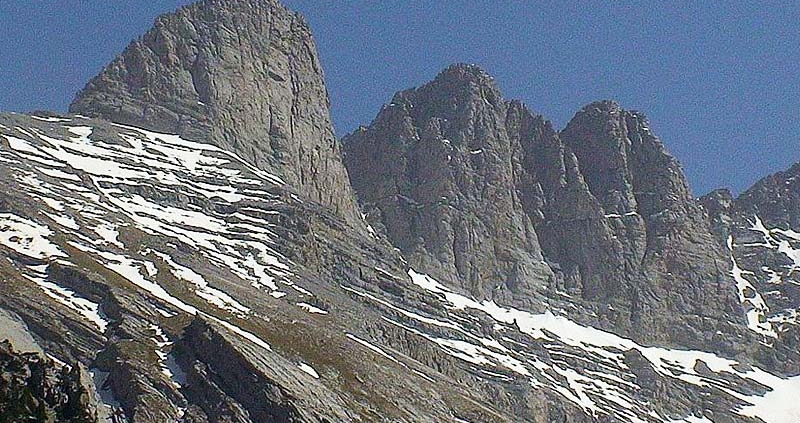 Poets and artists have not stopped praising Olympus from the time of Homer to the present day. The mere fact that the bearers of a great, historical civilization, such as the Greeks, on Olympus imagined the seat of their gods, is indicative of the awe caused by its mountainous mass.

It is not only impressive its height, which in Mytikas reaches 2,918 meters, but also its short distance from the sea, on which it dominates, and its multiple faces.

Each route to Olympus evokes a different feeling, because the mountain has many faces to show to the visitor.

Want to join the discussion?
Feel free to contribute!

You can find out more about which cookies we are using or switch them off in settings.

This website uses cookies so that we can provide you with the best user experience possible. Cookie information is stored in your browser and performs functions such as recognising you when you return to our website and helping our team to understand which sections of the website you find most interesting and useful.

Strictly Necessary Cookie should be enabled at all times so that we can save your preferences for cookie settings.

If you disable this cookie, we will not be able to save your preferences. This means that every time you visit this website you will need to enable or disable cookies again.